I have not blogged for some time I guess life has been too full of the usual mad mix of family, work and studying. I am now three and a half years into my five / six year part time doctorate journey. It feels like I am over the hump of half way, however, everyone who has walked this path knows it is never a straight flat one. Every time you think “I can do this walk”, murky swamplands appear in front of you and you must decide whether you sink into the mud, or look for a bridge. The doctorate journey is as much about learning about yourself as a person, a professional and a researcher as it about the study you are conducting. Reflection is crucial, as well spending time doing things that restore your confidence to carry on with the journey. For me that involves walking my dog in beautiful places, baking cakes and doing my day job as a Nurse Lecturer!

My recent elation bubble of being immersed in transcriptions of data of older people sharing their hospital experiences of Person Centred Care (PCC) recently burst, following the constructive feedback from my supervisory team on my interview technique. I was more of a nurse than a researcher, I assumed or filled in gaps in what the participant was saying, using their para language as my cues; instead of seeking out clarification or probing. Up until receiving their feedback, I thought I had done okay! However, on reflection, deeper dives into the data led me to see their perspectives more clearly. I was purely looking for the participants (older people, their families and staff who had cared for them) perspectives on their experiences of acute hospital, as a research novice, I had not reflected on how I had conducted the interview.

Like so many others who have walked this path before me, the dichotomy of being an experienced nurse to novice researcher (Hamil and Sinclair 2010) was not as 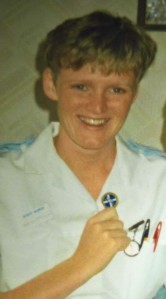 straightforward as I had anticipated. As a novice researcher, I was surprised at myself, on reflection in my manuscripts, I had became more of a nurse than I have been in a long time! I am comfortable with who I am as Nurse Katrina, openly communicating with a purpose. This usually involved putting others at ease, seeing the world through their eyes and achieving a joint purpose. However, it has been a while since I was employed in a healthcare environment as a “proper” nurse, I last worked as clinical nurse 18 years ago; I have worked in practice development and in academia since then. After so long out of this role, I was shocked that I had appeared to move into nurse mode in my face to face in my interviews.

I was even more stunned that I could see philosophical links to this experience. Husserlian philosophy (Husserl 1st published 1964 re published 2010,;Ierna, Jacobs and Mattens 2010) suggests that the researcher should put all their preconceived experiences and knowledge to the side, bracket “epoche” it; to reduce research bias. Bracketing, initially used in mathematics, to isolate parts of an equations and then in quantitative approaches, has now evolved to be used to increase trustworthiness of qualitative studies (Polit and Beck 2008). However, Koch (1995) suggests that the researcher cannot separate themselves completely from their study instead they should acknowledge the influencing factors. I had previously reflected in this area, I felt I would struggle to put to the side completely the person I am in my research. However, it really was not until I reflected after my transcribing my 1st interview that I could start to appreciate how this all linked together.

Heidegger (1959 re published 2004) believed that the first step to interpretation is to understand self and being in time, before beginning to understand others. Fundamental to this process is “Daesin”, translated from German as “there being”, means much more than this simple translation. It means to be truly fully aware of the wholeness of being in our everyday space and time, to link this to our world view and the internal and external influences of daesin. Heidegger (1959 re published 2004) suggests that daesin is a truly unique perception of the world, but as humans in the world we will relate and be influenced by those around us and their daesin. Only by stepping back from my experience of being as close to my participants lived experience as possible, could I start to see philosophy linking to my research practice. I began to apply Heidegger’s (1959) fore-having, what we both bring to this experience as participant and researcher, fore-sight how we make sense of the lived experience being discussed and fore conception the direction of the interpretations from this experience. Before reflecting on my interview these concepts felt like abstract theory; now they seem applied to my novice research practice. In order to make sense of how my participants made sense of their experiences of person centred care I had to “tune in” to all of their communication, not just what they said, but how they said it, how they moved their body and held their face. This process, took me back to my role as a nurse assessing the wholeness of any situation I found myself in.

I could see more philosophical links to this experience of interviewing the participants about how they made sense of person centredness while in acute hospital care. Gadamer’s (1st published 1982, re published 2004) “fusion of horizons”, seems to link to my quest to find out more about person centredness for older people in acute hospital.  For me, the fusion was of my interpretation of how the participants made sense of this experience. Smythe and Spence (2014) argue that Gadamerian philosophy guides the researcher to acknowledge that you can never let go of what you know, who you are and your consciousness in your being; instead of viewing this negatively, you should embrace the positivity of it but acknowledge your prejudices.

The way I have chosen to conduct my doctorate research, employing an Interpretative Phenomenology Analysis (IPA) approach is aligned to a pluralistic philosophical stance of Heidegger, Gadamer, Satre and Monty Perleu (Smith, Flowers and Larkin 2012). Many nurse researchers are drawn to non- bracketing, facilitating co-researcher/participant approaches (Hamil and Sinclair 2010), laying bear that as a researcher I bring my nursing experience along with me. Polit and Beck (2008) recognise that this may add depth to understanding phenomenon. Studying person centredness comes from the heart of who I am as a person, my values are around power balance in health care, equality of power between patients and practitioners; I seemed on reflection to be drawn to this way of being, albeit unconsciously in my face to face interviews. I found myself in my interviews empathising instead of probing, going through the hospital journey, like well recognised road. However, Parahoo (2014) cautions that researcher may unconsciously influence the participants with their knowledge/experience.  This was never my intention, but I found myself drawn into the participants’ sense making process of their lived experience of PCC . Within the face to face interviews, there is a fine balance to be struck between establishing an open purposeful conversation (Smith, Flowers and Larkin 2012), and striking up a non-achievable therapeutic relationship. I do not believe I stepped over any “lines”, I thought I had used my previous nursing experience of skilled communication (verbal and non-verbal) to uncover more than initially intended.

However, I now see that I was much more of a nurse than a researcher in my communication style; I could have explored more. I also have come to realise through reflecting that being a nurse is as much a part of me as the colour of my eyes, I cannot change it. However, as a researcher I need to hone my communications to delve deeper than possibly a nurse interviewer does, maybe I need some varifocals, to view the research process differently!

I have only transcribed one of my case studies, my intuition tells me that the more interviews I conducted the more I combined my apprenticeship researcher skills with my nursing communication experience. Time will tell as I move on, through data collection of one more case and the data analysis process.Self-awareness is crucial in the research process, bracketing to an extent in order to inquisitively seek out new knowledge; alongside acknowledging the advantages of reviewing literature and self-reflection on who you are as a novice researcher all help develop the overall research process (Smthye and Spence 2014).

The interviews process, using empathetic active listening and being steeped in the participants experience at times led to poignant and emotive disclosures (McConnel – Henry et al. 2010). However, the journey so far has made me realise my responses at times emulated nursing communication styles. These, I believe were an asset, not a limiting factor, but as I move from cake baking, dog walking Mum, Nurse Lecturer through my research apprenticeship I hope to gain new researcher communication skills to enhance to my research communication toolkit. 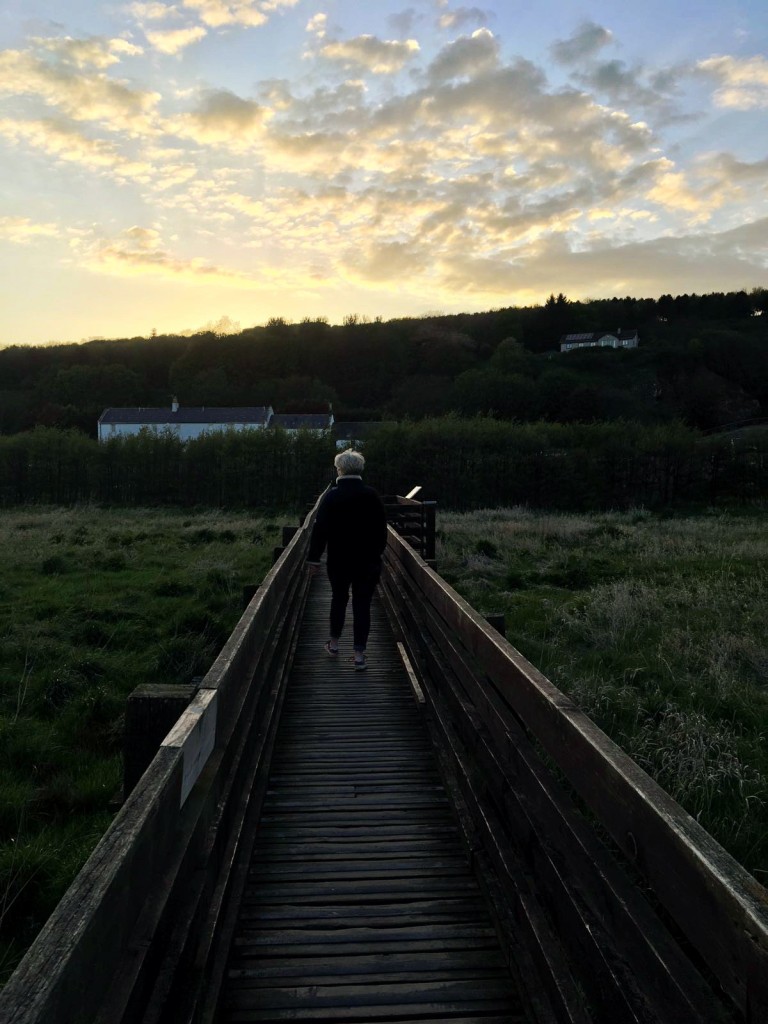 As I continue down this long and winding road, reflection will be my bridge from worrying if I am on the right road to believing I could be a Doctorate Nurse Researcher!